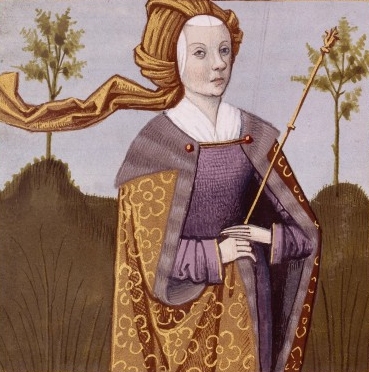 Jocasta (Iokaste) is well-known as the mother and wife of Oedipus Rex, and the mother and grandmother of Antigone, Ismene, Polynices, and Eteocles. Her father was Menoeceus of Thebes, and her first husband was King Laius. The Oracle of Delphi told Laius not to have a child with Jocasta, since that boy would kill him and marry Jocasta. In another version, the Oracle told Laius he could only save Thebes if he died childless.

Laius got drunk and slept with Jocasta, and out of this union came Oedipus. Jocasta gave Oedipus to Laius to dispose of. Either Jocasta or Laius pierced and pinned his ankles together, which caused his limp.

Oedipus was saved by Laius’s shepherd, and raised by King Polybus and Queen Merope of Corinth. Years later, the Oracle told Oedipus he’d murder his father and marry his mother. Horrified, he decided not to return home. On the road, he ran into Laius, got into a fight with him, and killed him.

Oedipus defeated the evil Sphinx by answering its riddle, and the Thebans happily chose him as their new King. Oedipus accepted the throne and married Jocasta, not minding she was at least fifteen years his senior. They had four kids together, so Jocasta couldn’t have been that far up in years.

Thebes was hit by a plague of infertility, and the Oracle said Laius’s murderer needed brought to justice. The blind seer Tiresias, who’d had the unique experience of being both male and female, indicated Oedipus as the murderer. Jocasta tried to calm Oedipus down by telling him the story of her firstborn son, but this only made him even more on-edge, as he began to suspect he really were the guilty party. 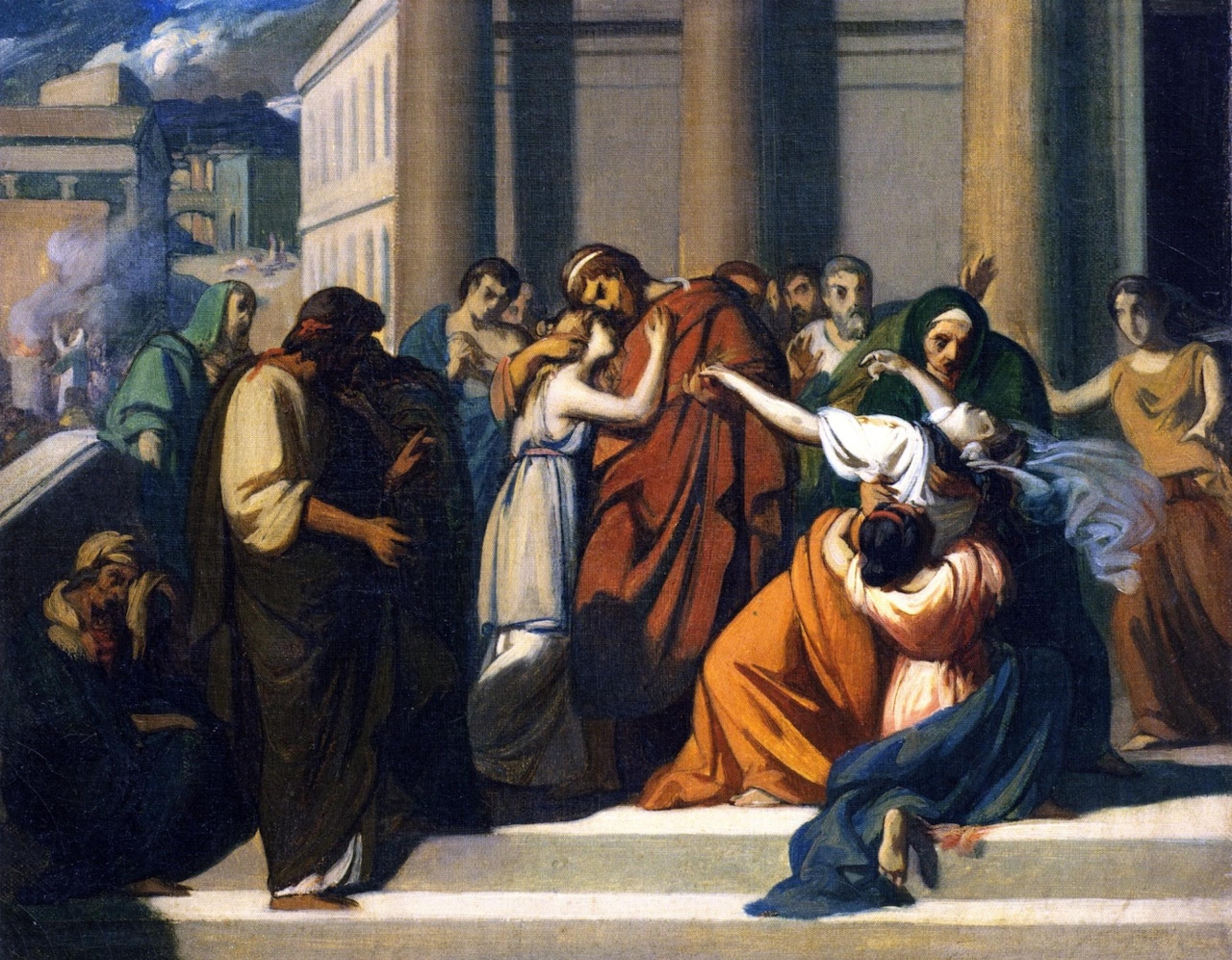 Oedipus was relieved to get news of Polybus’s death, believing the prophecy couldn’t be fulfilled anymore. However, Merope was still alive, so Oedipus didn’t want to attend the funeral. Once the messenger said Oedipus was adopted, Jocasta realised the truth, and begged him to stop searching for Laius’s murderer. Oedipus believed she was ashamed of his possible low birth, but then he got verification of his origins.

When Oedipus went to find Jocasta, he discovered she’d hanged herself. In the version by Euripides, Jocasta committed suicide after her sons killed one another fighting over the throne.

Jocasta is of unknown etymology.

Jason (Iason) is the heroic leader of the Argonauts, the son of King Aeson of Iolkos, and great-grandson of Hermes. Nine different mothers are named, though Jason’s father is Aeson in all traditions. Aeson’s half-brother Pelias (son of Poseidon) overthrew Aeson, and killed everyone in Aeson’s family except Aeson himself. Infant Jason was saved when women clustered around him and cried as though he’d been stillborn. He was raised by the Centaur Chiron.

Pelias, still terrified he’d be overthrown, consulted the Oracle, and was told to watch out for a man with one sandal. Years later, Jason came to Iolkas and lost a sandal while helping an old woman (Hera in disguise) to cross the river Anauros. Hera blessed him, and Jason was announced as a man with one sandal. Jason told Pelias that throne was his, and was sent on a quest for the Golden Fleece in Colchis.

Jason and his Argonauts had many adventures during this quest, both there and back. In Colchis (modern-day Georgia), Medea fell in love with Jason, and helped him in his quest. Jason was quite the turncoat after he and Medea settled in Corinth, and left her for Princess Creusa. Medea took revenge by giving Creusa a wedding dress which stuck to her skin and burnt her to death. King Creon burnt along with Creusa as he tried to save her.

Since Jason had broken his vow to Hera to love Medea forever, he was cursed to die alone and unhappy. He was killed when the rotting Argo ship fell on him.

Jason is derived from iasthai, “to heal.” This name wasn’t used in the Anglophone world till after the Protestant Reformation, and suddenly began barrelling up the charts in the 1960s. In 1971, it entered the Top 10 at #8, and from 1973–83, it was #2, #3, and #4. I’m honestly shocked it’s still hanging around in the Top 100, since every other guy within ten years of my age is already named Jason!

3 thoughts on “Jocasta and Jason”