Nestor was the King of Pylos, assuming the throne after Hercules killed his father Neleus and all of Nestor’s siblings. He was also one of the Argonauts, fought the Centaurs, and participated in the hunt for the Calydonian Boar. Artemis sent this boar to terrorize Calydon after King Oeneus forgot to include her in the annual harvest sacrifices.

Though Nestor was quite old by the time of the Trojan War, he nevertheless went to fight with the Greeks. In The Iliad, he frequently gives advice to the younger soldiers, and advices Achilles and Agamemnon to make up after their falling-out. Nestor was too old to actually serve in combat, but he led the Pylian troops in a chariot, and had a golden shield. 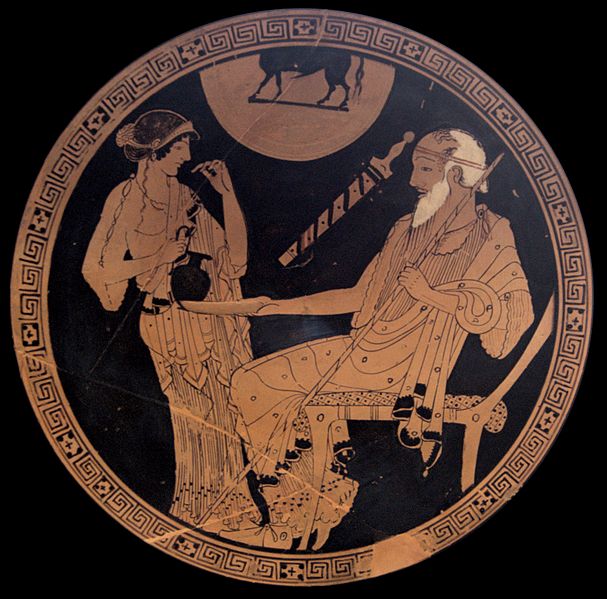 Nestor’s advice is always respected and taken very seriously, due to his age and experience, but there’s also always a subtext of tongue-in-cheek humour at his expense when he speaks. Nestor always prefaces this sage advice by several paragraphs bragging about his heroic past exploits in similar situations. Much of his advice is also ineffective at best and potentially disastrous at worst.

In The Odyssey, Odysseus’s son Telemachus goes to Pylos to ask Nestor for any word of his father. Nestor truly exemplifies xenia (hospitality), but can’t provide any information. Telemachus then goes to Sparta to talk with Menelaus and Helen, but they don’t know anything either.

Upon his return to Pylos, Telemachus begs Nestor’s youngest son, Peisistratos, to let him go straight home to avoid yet another overwhelming show of xenia. Peisistratos agrees to the request, though he says Nestor will probably be really pissed when he discovers Telemachus has left. 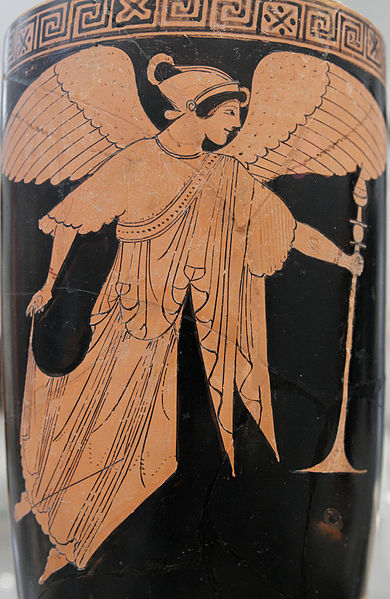 Nike (Roman name Victoria) is the Greek goddess of victory, speed, and strength, and the daughter of Titan Pallas and goddess Styx. She and her siblings, Kratos (god of strength), Bia (goddess of force and raw energy), and Zelos (daimon of zeal, envy, rivalry, emulation, dedication, and jealousy), are very close with Zeus. When Zeus was preparing to go to war against the Titans, Styx brought her kids to him as allies.

Though most Greek deities were no longer depicted with wings by the Classical era, Nike continued to be shown as such. She’s also frequently depicted as a Divine charioteer, flying around battlefields and rewarding the victors with fame and glory. This symbol of victory is the famous crown of laurel leaves. One of the many reasons I chose Dafna (Laurel) as part of my Hebrew name is because of this ancient symbolism.

Nike is also very close to Athena, and is believed to have been the broken statue in Athena’s outstretched hand in the Parthenon. Additionally, Nike is one of the figures most often found on Ancient Greek coins.

In the modern era, the sporting company Nike takes their name from the goddess. The Rolls–Royce hood ornament, Spirit of Ecstasy, is modelled after Nike, as is the Honda motorcycle company’s logo. Finally, Nike has been minted on the obverse of every Olympic medal since the 1928 Summer Olympics in Amsterdam.

Nike means “victory,” but could also be related to neikos (strife, quarrel) and neikein (to quarrel with). The word itself may have pre-Greek origins. Related names are Nikian, Nikanor, and Nikon (the latter two of which are also used in Russian).

3 thoughts on “Nestor and Nike”