Rhadamanthus (Rhadamanthys) is the son of Zeus and Europa, brother of King Minos of Crete, and one of the judges of the dead. He was raised by Asterion, Europa’s husband. After Asterion bequeathed his kingdom to Minos, Minos drove his brothers out of Crete. He was jealous of their popularity.

Sarpedon found shelter with their uncle Kilix, while Rhadamanthus fled to the town of Okalea in Boeotia. Rhadamanthus married Alkmene, the widowed mother of Hercules. In some traditions, Rhadamanthus was a tutor to Hercules.

Some traditions say Rhadamanthus, not Dionysus, was the husband of Minos’s daughter Ariadne. Ariadne was thus Rhadamanthus’s niece, but almost everyone in Greek mythology kept it in the family. Many couples are siblings, cousins, aunt and nephew, or uncle and niece. 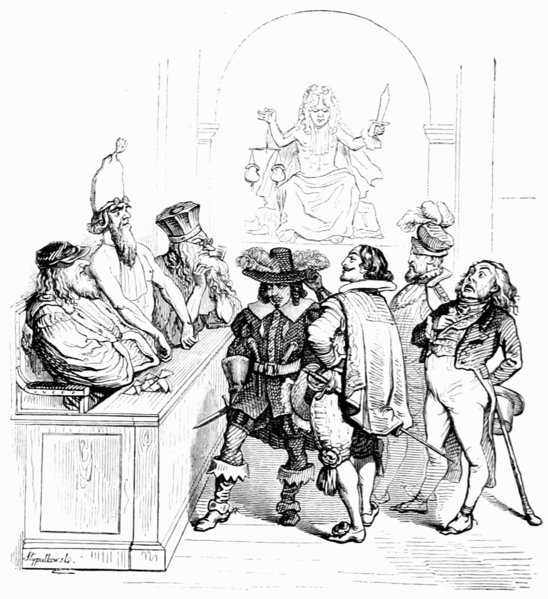 Rhadamanthus, Minos, and King Aiakos of Aigina became judges of the underworld. In particular, Rhadamanthus was chosen because of his unyielding integrity. He judged the souls of easterners, while Aiakos judged westerners. Minos cast the deciding vote.

In The Aeneid, Rhadamanthus is depicted as a judge and punisher in Tartarus, an underworld dungeon and prison for the Titans. The awesome poet Pindar named him as Kronos’s right-hand man in Elysium, and sole judge of the dead. Over the centuries, he’s made many other appearances in literature.

The etymology of Rhadamanthus is uncertain. It may be derived from rhadamnos (branch) and anthos (blossom), or from Rho-t-Amenti (King of Amenti, the realm of the dead), an epithet of the Egyptian god Osiris. His name is the origin of the English adjective “rhadamanthine,” inflexibly just or severe. 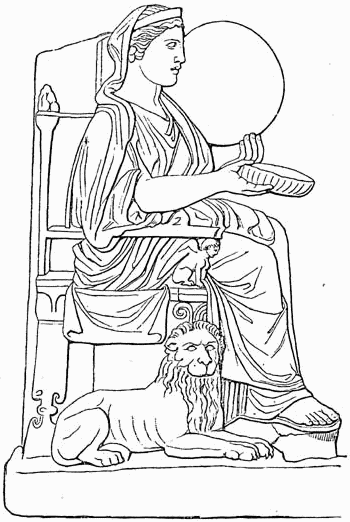 Rhea (Rheia) is the mother of Zeus, Poseidon, Hades, Hera, Demeter, and Hestia, as well as the wife and sister of Kronos, daughter of Gaia and Uranus, and a Titan. The Romans identified her with Ops and Magna Mater (Kybele/Cybele).

Kronos knew that, just as he’d overthrown his father Uranus, so too would he in turn be overthrown by his own kids. Thus, he swallowed each as soon as it was born. When Rhea birthed her sixth child, Zeus, she went to her mother Gaia for help. The newborn Zeus was switched with a stone wrapped in swaddling-clothes, and Kronos swallowed the stone.

Zeus grew up in a cave on Mount Ida, where Rhea’s attendants guarded him. After he grew up, he came home and either gave Kronos an emetic or cut his stomach open to free the five siblings who were still inside.

Rhea’s cult of worship was strongest in Crete. She’s often depicted with a pair of lions. In 1672, Saturn’s next-largest moon was discovered and named after her.

The etymology of Rhea is uncertain. The name may be derived from era (ground), rheo (to flow), or rhoa (pomegranate).

3 thoughts on “Rhadamanthus and Rhea”