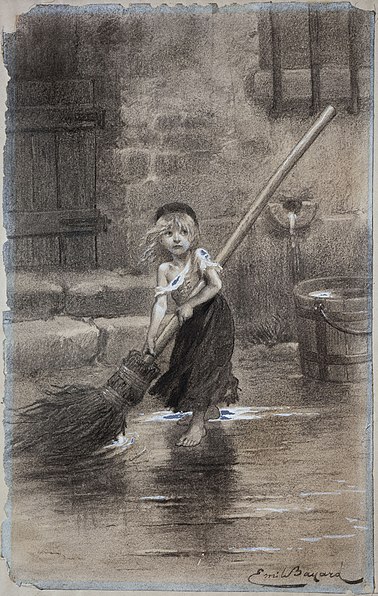 While all names necessarily have to be invented at some point, names created for literary characters are usually more recent creations than other names. Their staying power and popularity seems to hinge on how well they blend into the language of origin; i.e., do they sound like actual names, or do they only work in a fictional world?

This post only covers names invented for fictional characters, not names which already existed but only became popular after their use in literature.

Albena is the heroine of Bulgarian writer Yordan Yovkov’s 1930 play of the same name. It may be based on the word alben, a type of peony.

Amaryllis is a character in Virgil’s epic poem Eclogues. The name comes from the Greek word amarysso (to sparkle). The amaryllis flower is named from Virgil’s Amaryllis.

Aminta is a character in Italian poet Torquato Tasso’s 1573 play of the same name, inspired by the Greek name Amyntas (defender).

Araminta was possibly first used in the 1693 William Congreve comedy The Old Bachelor. Its etymology is unknown. This was the birth name of Harriet Tubman.

Ariel means “lion of God” in Hebrew. It was first used as a personal name in Shakespeare’s The Tempest (1611), though the -el ending truly denotes a male name in Hebrew. Authentically Hebrew female forms are Ariella and Arielle.

Armida was probably created by the abovementioned Torquato Tasso for his 1580 epic poem Jerusalem Delivered.

Ayla was created for the protagonist of Jean Auel’s Clan of the Cave Bear series in 1980. It’s the Neanderthal pronunciation of her unknown birth name.

Bambi is derived from the Italian word bambina (little girl). It’s of course famous as the name of the (male) deer in the Disney movie based on Swiss writer Felix Salten’s 1923 novel. Prior, it was used in American writer Marjorie Benton Cooke’s 1914 novel.

Belphoebe was coined by Edmund Spenser in his 1590 poem The Faerie Queen, derived from French word belle (beautiful) and the Latinized name Phoebe. The latter ultimately comes from the Greek name Phoibe (pure, bright).

Briana was also first used in The Faerie Queen. It’s a female form of the Irish name Brian, which may derive from Old Celtic root bre (hill), and thus by extension mean “noble, high.” This name exploded in popularity in the Nineties, in countless spellings, but has now dropped down the charts significantly.

Celia is the feminine form of Latin surname Caelius (heaven). Shakespeare introduced it to the Anglophone world in 1599’s As You Like It.

Charissa is an elaborated form of the Greek Charis (kindness, grace). This also comes from The Faerie Queen.

Charmaine was possibly first used in the 1924 play What Price Glory?, either the English word “charm” with the -aine suffix of Lorraine, or a form of Charmian, used by Shakespeare in 1606’s Antony and Cleopatra.

Cora comes from the Greek Kore (maiden), another name for Persephone. It arose as a name in James Fenimore Cooper’s 1826 novel The Last of  the Mohicans.

Cordelia is an adaptation of Celtic name Cordeilla, of unknown etymology. Shakespeare used it for the youngest daughter in 1606’s King Lear.

Cosette comes from French chosette (little thing), and was used in Victor Hugo’s Les Misérables (1862). Her real name is Euphrasie.

Csilla (CHEE-lah) means “star” in Hungarian. It was invented by András Dugonics for an 1803 novel.

Doreen may have been coined by Edna Lyall in her 1894 novel of the same name, from nickname Dora and suffix -een.

Eglantine comes from the word for a flower also called sweetbriar. It was first used, as Eglentyne, in Chaucer’s Canterbury Tales.

Enikő was coined by 19th century Hungarian poet Mihály Vörösmarty, inspired by Enéh, legendary mother of the Magyars. It may mean “deer” or “cow.”

Eponine was also used in Les Misérables, and may derive from Empona, a first century Roman Empress in Gaul. The Italian form is Epponina.

Ethel was created in the 19th century, from Old English root æðel (noble), and popularized in several novels.

Evangeline may have first appeared in Henry Wadsworth Longfellow’s 1847 epic poem of the same name. It means “good news” in Greek.

Fiammetta means “little flame” in Italian. This is one of the members of the brigata in The Decameron.