This year, for tragically obvious reasons, my A to Z theme will be Ukrainian names. Though many names in that language also occur in other Slavic languages, I’ll try my best to stick with uniquely Ukrainian names. I’ll also try to avoid repeating any of the names I featured when I did a general Slavic names theme in April 2019. Feel free to let me know if I missed any names for any of the letters!

Because Ukrainian Cyrillic lacks a J, Q, W, and X, those days will be wildcards with names from other languages.

Ahlaya is the Ukrainian form of Greek name Aglaia (beauty, splendour), one of the three Graces.

Ahnesa is the Ukrainian form of Agnes, which derives from Greek name Hagne and root hagnos (chaste). Because St. Agnes was often pictured with a lamb, the name took on an association with the Latin word agnus (lamb).

Alevtyna may be a variant of Valentina, which derives from Roman cognomen Valens (strong, healthy, vigourous).

Anhelika is a form of Angelica, derived from both Latin word angelicus (angelic) and Greek angelos (messenger).

Anichka is a diminutive of Anna, the Slavic form of the Hebrew name Chana (grace, favour).

Archelaya is a rare, archaic form of the male Greek name Archelaos (master of the people).

Avhusta is the Ukrainian form of Augusta (venerable, exalted), derived from Latin root augere (to increase).

Afinahor comes from the Greek name Athenogoras, which derives from Athena (meaning unknown) and either agoreuo (to orate, to speak publicly) or agora (market, assembly).

Akhemenid is a rare form of the Greek name Achaimenides (son of Achaimenes). In turn, Achaimenes comes from the Old Persian name Haxāmaniš, which derives from roots haxā (friend) and manah (mind, thinking power).

Aliksey is a variant form of Aleksey, which comes from Greek name Alexis (helper, defender).

Andriy is the Ukrainian form of Andrew, which comes from Greek name Andreas and root andreios (manly, masculine).

Antin is a folk form and older form of Anton, which comes from Roman family name Antonius (of unknown Etruscan origin).

Arkhelay is the Ukrainian form of Greek name Archelaos (master of the people).

Avhust is the Ukrainian form of Augustus (venerable, exalted), derived from Latin root augere (to increase).

This year, in honour of Dante’s 700th Jahrzeit (death anniversary) in September, my A to Z theme is Medieval Tuscan and Italian names. Since I already did Medieval names in general a few years ago, I’ll try my best to avoid repeating anything.

Because I could find no Medieval Tuscan or Italian names starting with the letters K, Q, W, X, or Y, those days will be wildcards featuring other kinds of Medieval names.

Amatasana (I) means “loved and healthy.”

Angiola (T) is a form of Angela (i.e., Angel). This is also a Piedmontese name.

Anthonia (T) is a form of Antonia, the feminine form of Antonius. The name is of unknown Etruscan origin. This is also a Medieval Occitan name.

Austina (T) is a short form of Augustina in Tuscan and the Sicilian form of Agustina. The ultimate root of all these names is the Latin name Augustus (exalted, venerable), from the word augere (to increase).

Adelchi (I) comes from the Ancient Germanic name Adelgis, derived from roots adal (noble) and gisil (arrow). This was the name of a Lombard prince.

Agnolo (I, T) is a form of Angelo (angel) or Agnello (lamb). This was the name of a 14th century chronicler.

Aiulf (I) has Ancient Germanic origins, with roots agin (edge of a sword) and wulf (wolf).

Alfano (I) is a form of Alfunus, which may be related to Alphonse. If so, the origin is a Visigothic name meaning “noble and ready,” from roots adal (noble) and funs (ready).

Amadore (I) comes from Latin name Amator (lover of God). This was the name of a fifth century bishop. The modern Italian form is Amatore.

Atenolfo (I) is a form of Ancient Germanic name Atenulf. There were a number of Medieval princes, dukes, counts, and clergymen with this name.

Alexis is a Greek name, also used in English, French, and German, derived from the verb alexo (to help, to defend). An Ancient Greek comic poet bore this name, as well as a few saints. The name Alexios (Alexius in Latin) is derived from Alexis.

Though most people today think of this as a female name, it’s always felt solidly male to me because it’s the traditional “translation” of the Russian name Aleksey, my fave male Russian name. I also think of French diplomat, historian, and political scientist Alexis de Tocqueville, and Alexis St. Martin, a medical curiosity with a permanent hole in his stomach. 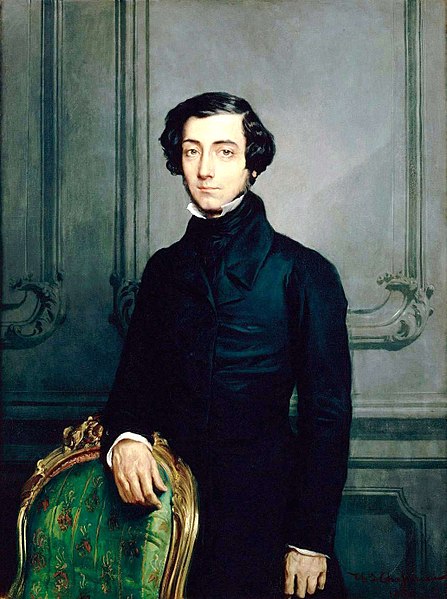 The S is silent in the French pronunciation, making it sound a bit like the Russian name Aleksey.

2. Alejo is Spanish. This can also be a nickname for Alejandro.

3. Aleixo is Portuguese and Galician.

4. Alexej is Czech and Slovak. A common nickname is Aleš.

6. Aleksi is Finnish and Georgian. One Finnish nickname is Ale.

9. Oleksiy is Ukrainian. Nicknames include Oles and Olek.

10. Aleksej is Serbian, Slovenian, and Croatian.

11. Aleksey is Russian. I adore this name in large part because of Tsesarevich Aleksey, whom I’ve felt a suprarational soul connection to since learning about him at fifteen. I was compelled to write an alternative history where he’s rescued from the firing squad and becomes the greatest Tsar in history. His greatest act comes in Part IV, when he and his wife Arkadiya rescue nine million people from the Nazis during WWII, including the entire Jewish community of Hungary.

16. Aleksis is Lithuanian and Finnish.

Hungarian politician and activist Elek Köblös (1887–1938), a victim of the USSR’s Great Terror

2. Alèxia is Catalan. Other forms are Alexía (Icelandic) and Alexia (French and English). I’ve never been fond of this name, since alexia is an acquired form of dyslexia. It’s the same reason I’m not wild about the name Addison, with its association with Addison’s disease.

4. Aleksiya is Russian and Bulgarian. This seems like a rather rare name.

5. Aleksia is Albanian and Scandinavian.

6. Aleksija is Serbian and Croatian.

This year, my A to Z theme is Estonian names, with a focus on names unique to the language instead of Estonian forms of well-known names like Katherine, John, Mary, and Thomas. Because Estonian is a Finno–Ugric language, its uniqueness really shows in its native names. They’re far different from the Indo–European names they adopted into their own language.

Those familiar with Finnish will notice a fair amount of onomastic overlap, since the two languages are very similar. However, Estonian also has a lot of cognates with German and Russian, owing to the centuries of occupation under their hands. While Estonian is in the same language family as Hungarian, there’s little to no similarity between the Finnic and Ugric linguistic branches.

Aave means “ghost.” This is also sometimes used as a male name.

Ainu, or Aine, means “the only one.” The Finnish forms are Aino and Aini. A very similar Estonian name, Aina, means “always.”

Asta is a short form of Astrid (beautiful goddess). It’s the most popular name among women over age 85, and the average age of an Asta is 77.

Aigar is of unknown origin, first appearing in the early 20th century.

Alvar means “elf warrior.” This name was adopted from Swedish and Old Norse.

Armas means “cute; lovely.” This is also a Finnish name.