Seeing as there are no Estonian names, either native or borrowed, starting with W, today is another wildcard day featuring a variety of other kinds of names.

Wafula means “born during the rainy season” in Luhya, a language spoken in Kenya.

Wambui means “zebra” in Kikuyu, another language of Kenya.

I’ve always loved birth order names like Quintina and Octavia, though most people no longer have such large families, nor do they use birth order names very often in most cultures. For whatever reason, Quint- names seem the most common.

Eka (U) means “first, one” in Indonesian.

İlkın is Azeri and Turkish.

Prim is Russian, Bulgarian, and Macedonian.

Prima is Italian and Latin.

Primiano is Italian and Spanish.

Una is Latin. I love this name for an only child.

Segunda/Segundo is Spanish, Portuguese, and Galician.

Kunto (F) means “third child” in Akan. For obvious reasons, I would NOT recommend this in an Anglophone country!

Quadressa may very well be my own invention!

Quentin is English and French.

Quincia is Spanish and English. The alternate form Quincià is Catalan.

Quintia is Latin and Dutch.

Quintian is German and English.

Quintil is Occitan, French, and Catalan.

Quintila/Quintilo is Spanish and Portuguese.

Quintilio is Spanish and Italian.

Quintina is Latin and English.

Quintu is Corsican and Sicilian.

Sixtus is Latin, though it’s truly derived from the Greek name Xystos (polished, scraped). It’s additionally considered to mean “sixth” because it was borne by the sixth pope after St. Peter.

Septima is Latin. The rare alternate form Septíma is Icelandic.

Septimio is Spanish and Portuguese.

Octaaf is Dutch and Flemish.

Octavia is Latin, Spanish, and English. The alternate form Octávia is Portuguese, and Octàvia is Catalan and Occitan. I adore this name!

Octaviana is Latin and Spanish.

Octavie is French and Luxembourgish.

Octavio is Spanish. The alternate form Octávio is Portuguese.

Oktavia is German. The alternate form Oktávia is Hungarian, and Oktavía is Icelandic.

Oktavije is Bosnian, Serbian, and Croatian.

Oktaviy is Russian, Bulgarian, and Ukrainian.

Oktaviya is Russian, Bulgarian, and Ukrainian.

Nona is Latin and English.

Nonio is Spanish and Italian.

Nuno is Portuguese and Spanish. The alternate form Nuño is Medieval Spanish.

Decima is Latin. If you’re wondering, the word “decimate” indeed comes from the Latin word for “ten.” When Romans killed their enemies, they put them in a line and beheaded every tenth one.

Decimo is Italian. The alternate form Décimo is Spanish and Portuguese.

Décio is Spanish, Italian, and Portuguese.

Duku (U) means “eleventh-born” in Akan.

Achan means “female child in the first pair of twins” in Dinka.

Afafa means “the first child of the second husband” in Ewe.

Aino (F) means “the only one” in Finnish.

Buyon is the traditional Batonu name for a fourth-born daughter.

Ichirou means “one son” in Japanese, traditionally given to firstborn sons.

Seeing as today is my English birthday (my Hebrew birthday was the fifth night of Chanukah, 16–17 December),  here’s a list of names whose meanings relate to the words “birth” and “born.” Many of them are of African origin, particularly from the Akan language.

Abiodun means “born on a festival” in Yoruba.

Abiona means “born during a journey” in Yoruba.

Abra means “born on Tuesday” in Ewe, a Niger–Congo language spoken in Ghana.

Akinyi means “born in the morning” in Luo, a language spoken in Sudan, Congo, Uganda, Kenya, Tanzania, and Ethiopia.

Antigone is composed of the Greek elements anti (against, compared to, like) and gone (birth). Most people are familiar with this as the name of Oedipus’s firstborn daughter by his mother Jocasta. 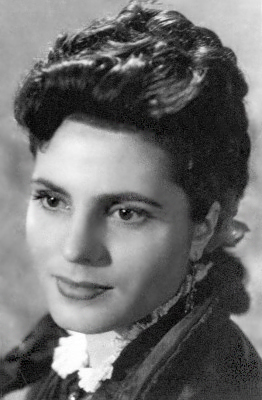 Eugenia is the female form of Eugene, the English, Spanish, Italian, Romanian, and Polish form of the Latin Eugenius, which in turn comes from the Greek Eugenios (well-born).

Iphigeneia means “strong-born” in Greek. Most people are familiar with this as the name of Agamemnon and Klytemnestra’s oldest daughter, who in some versions of the story was sacrificed to appease Artemis before the Trojan War, and in others became a priestess who rescued her brother Orestes and their cousin Pylades from being sacrificed to Artemis. 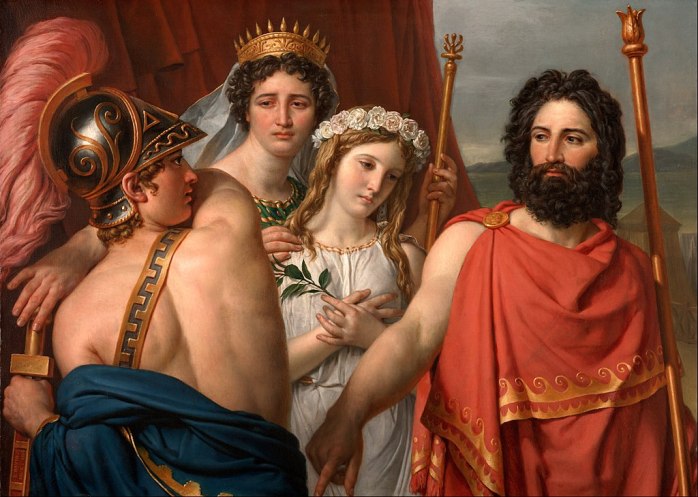 Lindita means “the day is born” in Albanian.

Muirgen means “born of the sea” in Irish.

Naliaka means “born during the weeding season” in Luhya, a Bantu language spoken in Kenya.

Oni may mean “born in sacred abode” in Yoruba. 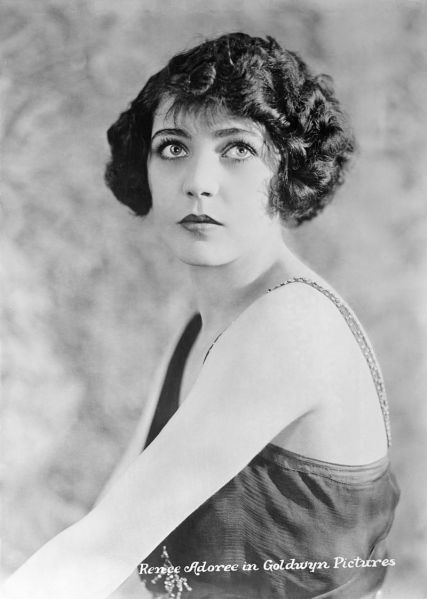 Amadi means “seemed destined to die at birth” in Yoruba.

Anuj means “born later, younger” in Sanskrit. This name is traditionally given to a younger brother.

Cináed (KIN-ahj) is a Scottish and Irish name meaning “born of fire.” It’s typically Anglicized as Kenneth, which is also the Anglicization of Coinneach (handsome).

Eoghan may mean “born from the yew tree” in Irish.

Kevin is the Anglicized form of the Irish Caoimhín, which in turn is derived from the Old Irish Cóemgein, “kind/gentle/handsome birth.”

Manoja means “born of the mind” in Sanskrit.

Ochieng means “born when the Sun shines” in Luo.

Odhiambo means “born on Afor [a day of the week]” in Igbo, a language spoken in Nigeria and Equatorial Guinea.

Okeke means “born on Eke [a day of the week]” in Igbo.

Okonkwo means “born on Nkwo [a day of the week]” in Igbo.

Okorie means ” born on Orie [a day of the week]” in Igbo.

Omondi means “born early in the morning” in Luo.

Simiyu means “born during the dry season” in Luhya.

Suchart means “born into a good life” in Thai.

Urien means “privileged birth” in Welsh. Unfortunately, this is one of those names which I wouldn’t recommend in the Anglophone world, due to its similarity to the word “urine.”

Wafula means “born during the rainy season” in Luhya.

Wanyonyi means “born during the weeding season” in Luhya.

Toumaï means “hope of life” in the Nilo–Saharan Daza language of Chad. Traditionally, it’s given to children born just before the dry season. It’s also the nickname of a Sahelanthropus tchadensis skull, five pieces of jaw, and a few teeth.

Toumaï, discovered by Ahounta Djimdoumalbaye in July 2001 in Chad’s Djurab Desert, is roughly seven million years old, and our currently oldest known hominin ancestor. (Hominins are humans and our ancestors in the Homo genus; hominids are non-human primates and the Homo genus.)

I really, really love the name Toumaï. Not only does it have an attractive sound, but it’s got such a powerful symbolism. It really gives me goosebumps. 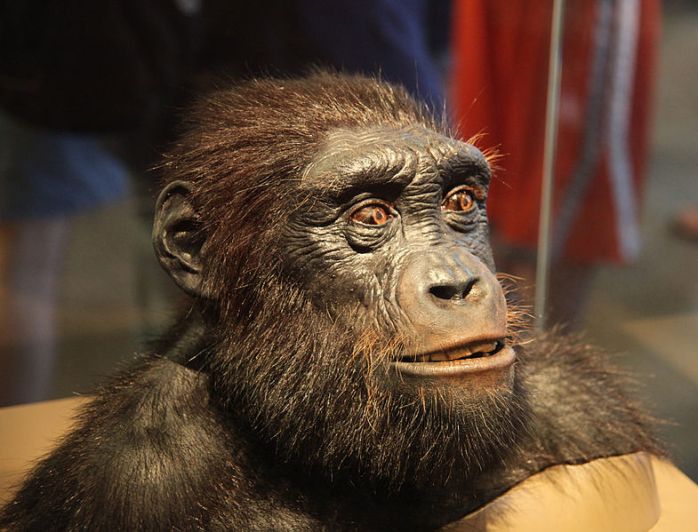 Paleoanthropology has been one of my passions since second grade (almost thirty years), as well as being my dream career. It’s such a beautiful, perfect blend of science and history. While my personal favourite prehistoric ancestors have always been the Neanderthals (whose name does not deserve to be used so pejoratively!), I also have great love for our much more ancient ancestors.

This would be a great name (in either the front or middle position) for a child born very sickly, or after many years of infertility. It would also work very well if you follow the custom of adding a name after surviving a serious illness or accident, for good luck.

Our ancestor Toumaï, 230,000 generations before us, truly represents our hope of life, and the genesis of our long journey to Homo sapiens.

In honor of Father’s Day, here’s a list of names whose meanings relate to the word “father.”

Aviela, or Aviella, means “God is my father” in Hebrew.

Avital means “my father is dew” in Hebrew.

Attila is a popular Hungarian name which may mean “little father” in Gothic. Attila József (or József Attila in the Hungarian style) is one of Hungary’s greatest national poets.

Avi means “my father” in Hebrew.

Avidan means “my father is judge” in Hebrew.

Aviel means “God is my father” in Hebrew.

Aviezer means “my father is help” in Hebrew.

Avihu means “he is my father” in Hebrew.

Avimael means “my father is God” in Hebrew.

Avimelech means “my father is king” in Hebrew.

Avinoam means “my father is pleasant” in Hebrew.

Aviram means “my father is exalted” in Hebrew.

Avishai means “my father is a gift” in Hebrew.

Avner, or Abner, means “my father is light” in Hebrew.

Avraham, or Abraham, means “father of many” in Hebrew.

Avshalom, or Absalom, means “my father is peace” in Hebrew.

Liav means “I have a father” in Hebrew.

Nnamdi means “my father is alive” in Igbo. This was traditionally bestowed upon a boy believed to be the reincarnation of his grandfather.

Patroklos, Patroclos, or Patroclus means “glory of the father” in Greek.

Tatomir is a Polish, Serbian, and Croatian name meaning “father of peace.”

Toishybek means “father will be celebrating” in Kazakh.

Ugonna means “father’s glory” or “eagle of the father” in Igbo.