Odarka is the Ukrainian and Belarusian form of Darya, a feminine form of Darius. It ultimately derives from Persian name Dārayavahush (possessing goodness).

Oksana is the Ukrainian form of Xenia (hospitality). An alternative form is Oksaniya.

Oleksandra is the Ukrainian form of Alexandra (helper/defender of man). One of the nicknames is Olesya.

Olena is the Ukrainian form of Helen, which comes from Greek name Helene and probably means “torch” or “corposant.” Other sources believe it’s related to selene (moon).

Olha is the Ukrainian form of Olga, which derives from Old Norse name Helga (blessed, holy).

Oryna is an alternate form of Iryna, which comes from Greek name Eirene (peace). One of the nicknames is Orysya.

Okhrim is a folk form of Ephraim, which comes from Hebrew name Efrayim (fruitful).

Oleh is the Ukrainian form of the Russian name Oleg, which derives from Old Norse name Helgi (blessed, holy).

Oleksandr is the Ukrainian form of Alexander (helper/defender of man).

Oleksiy is the Ukrainian form of Alexis (defender/helper).

Omelyan is the Ukrainian form of Emilian, which ultimately derives from Roman family name Aemilius (rival).

Oderisi (I) derives from Latin name Oderisius, which is of uncertain etymology.

Odierna (I) is a form of Odierne, which is turn is an Old French form of an Ancient Germanic name possibly derived from roots od (riches, fortune, wealth) and gern (desiring, eager; gairns in Gothic). The Medieval French form, Hodierna, was possibly chosen because of the Latin word hodierna (existing now, present, of today).

Onesta (I) comes from the adjective onesta (sincere, honest) or the noun onestà (honesty).

Orelia (T) is a form of Aurelia (golden, gilded). 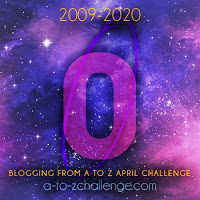 Õie means “flower.” In Estonian, Õ is its own separate letter, not just an O with a tilde.

Oktjabrina is borrowed from the Russian name Oktyabrina, which was most popular in the early decades of the the USSR. It means “October.”

Oksana is borrowed from Ukrainian. It’s a form of Xenia (hospitality). In 2019, it was Estonia’s 74th most popular female name.

Olesja is borrowed from the Ukrainian name Olesya, which is a diminutive of Oleksandra (defending humanity). This name is fairly popular in Estonia.

Oleg is adopted from Russian, and ultimately derives from Old Norse name Helgi (blessed; holy). In 2018, this was Estonia’s 15th most popular male name.

Oskar is borrowed from German and the Scandinavian languages. It may mean “deer friend” or “God’s spear.”

Osvald is borrowed from the Scandinavian languages, and means “God’s power.”

Ott may be an Estonian form of Otto (fortune; wealth), or taken from an Old Estonian word meaning “bear.”