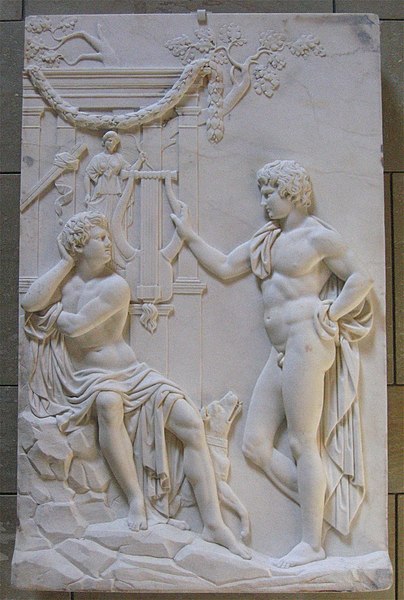 Zethos (Zethus) and his twin brother Amphion have quite an unusual paternity. Zeus, in the form of a satyr, raped their mother Antiope (who was married to another man), but he’s only the father of Amphion. King Epopeos of Sikyon fathered Zethos.

Out of shame, Antiope left them to die of exposure on Mount Kithairon, but they were rescued and brought up by shepherds. Antiope was punished (as though the rape and pregnancy were her fault!) by being enslaved to Queen Dirce of Thebes, her uncle’s wife. Dirce treated her very cruelly, and she eventually escaped. In a rather predictable plot twist, Antiope found shelter in the very house where Zethos and Amphion lived.

Dirce tracked her down, and ordered Zethos and Amphion to tie Antiope to a bull. They were about to do it when the shepherd who’d raised them revealed the truth of their birth. Dirce was the one who was tied to the bull and killed in Antiope’s place. Zethos and Amphion also wanted to kill Dirce’s husband, King Lykos, but Hermes intervened to stop it.

Zethos and Amphion gathered an army and conquered Thebes. Lykos abdicated, and gave power to Zethos and Amphion. They were co-rulers. Zethos became a hunter and herdsman, while Amphion became a musician and singer after Hermes taught him how to play a golden lyre.

Together, Zethos and Amphion built the walls around the Kadmeia, the Citadel of Thebes. Zethos struggled with carrying the heavy stones, but all Amphion had to do was play his lyre, and the stones would follow him and settle into place.

Zethos married Thebe, after whom their city was named, while Amphion married the famous Niobe. In one version, Thebe accidentally killed their only son, which led to Zethos’s suicide. In The Odyssey, Thebe is referenced as having killed her son Itylos in a fit of madness, and then became a nightingale. 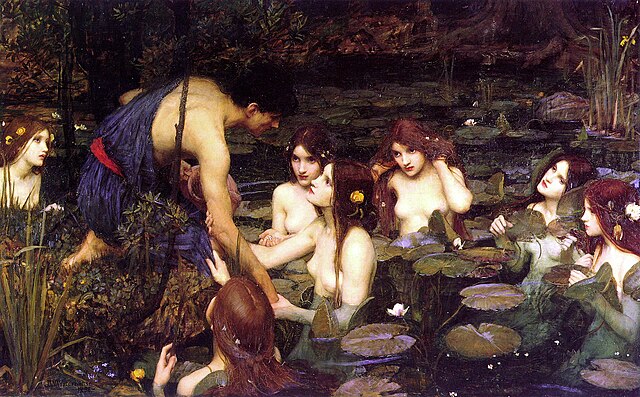 Hylas and the Nymphs, by John William Waterhouse, 1896

Zeuxippe is the name of five women in Greek mythology, and the only female Z name I could find. The name means “bridled horse,” derived from zeuxis (bridle, yoke) and hippos (horse).

One Zeuxippe was Queen of Athens, consort of King Pandion I. She was a Naiad (nymph) of an Athenian well or fountain, and a sister of Praxithea, who was Pandion’s mother. Thus, her husband was her blood nephew. Those ancient Greeks loved keeping it in the family!

Zeuxippe’s children were Boutes (a priest of Athena and Poseidon, and married to his blood niece); Erechtheus (twin of Boutes, and later King of Athens); Prokne (Queen of Thrace); and Philomela. Prokne’s husband, King Tereus, raped Philomela when she was visiting, and cut her tongue out so she’d never tell anyone.

Philomela wove a tapestry with letters about what had happened, and sent it to Prokne. In revenge, Prokne killed her son Itys and served him to Tereus. Once Tereus discovered what had happened, he tried to murder them, but all three were transmogrified into birds. Philomela became a swallow, Prokne became a nightingale, and Tereus became a hoopoe. Some versions switch the birds the sisters became.

3 thoughts on “Zethos and Zeuxippe”